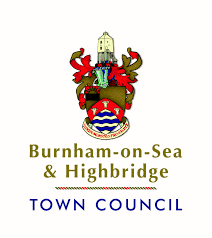 You will see from all of the Princess Management Committee, that every one of our Councillors has a personal journey with the Princess.  From attending as a child, meeting their forever partner to raising tons of money.

Theatre and Arts Centre’s are not just about buying a ticket but are places you build relationships and experiences – this is the key to our success!

Louise has been a member of the PMC for six years.  As a councillor and local business woman her priority is to see that the theatre maintains low overheads and is working closely with the BDO to achieve this. As a local child, Louise attended the school opposite the Theatre and remembers the Princess as a fire station.

Previously the Chairman, Peter has been a huge influence on the Princess’s story for over 30 years and instrumental in all of its reincarnations.  Peter pushed for Sedgemoor District Council to refurbish and redesign in 1995.  On behalf of BOSHTC he negotiated the purchase of the building for £1, personally paying the £1, and achieving £170000 to reinvent the building once again.

Peter has not only worked on the business end but has put blood, sweat and tears in to the Princess; including painting the car park gates, performing at the theatre, operating lighting and sound and installing a big screen TV in the gallery.  His fundraising efforts have helped the Princess to replace antiquated sound and lighting equipment, put in a commercial standard kitchen and the purchase of kurling equipment.

Andy has only been on the town council since May 2019 but a welcomed addition.  Andy’s skills are in strategic marketing and his experience is helping contribute to its success.  He works closely with the BDO supporting the business plan and marketing development plans.

Andy believes the Princess is a special space that he has fond memories of as a child, it should be right at the heart of the community and a cultural hub for all to enjoy.

Phil’s father was the Burnham Urban Council’s Entertainments and Publicity Officer from 1951-1974 when he became Sedgemoor’s first Leisure Officer until retirement in 1977. Responsible for activities at the Princess Hall (as it then was).  In those days it was a first floor facility with offices and the Council chamber downstairs, and the Fire Station on the ground floor.

In the early to mid-60’s Phil worked for him during summer holidays; lighting and stage managing the summer shows.  Even being a singing waiter at Old Time Music Halls.  He has also helped stage, productions of the Burnham Operatic and Gilbert and Sullivan Societies – where he met his wife.

He returned to Burnham in 2010, and has been a member of the PMC since he joined the Town Council in 2011.

Andy is a familiar face at the Princess, having just finished his term as Mayor, he is a regular patron at the Theatre and Arts Centre.  Previously on the PMC and very pleased to be able to join the committee again, his main interest is the provision of training for the volunteers and believes their welcome helps make the Theatre more professional.

Andy is also keen to support the Theatre as a key community asset giving volunteers and staff the benefit of his experience with PA systems and Health and Safety matters.

His first (and only) experience of Shakespeare was at the Princess when we hosted the Reduced Shakespeare Company a few years ago – a great introduction.

Mike is relatively new to the PMC.  Having started Drama at school in plays, pantos and musical theatre he has continued his love of acting by working on shows with the Princess Theatre Company.  He is an active member of the BOSfest committee and as a Loyal Friend of the Princess has enjoyed seeing the visual arts develop in the Gallery Bar.

Colette joined the Princess Management Committee a year ago because of her keen interest in the Arts.  Whilst a very active member within the local U3A she understands the cultural and creative importance of the Princess and its success for Burnham and Highbridge.  Her priority is to see it well supported with a strong focus on fundraising.

From a young age the Princess has been part of Dawn’s life, from performing on stage as a young girl to having babies weighed and meeting other new mums.  Dawn believes that the key to the future of the Princess is its rich and diverse multi uses, it is so much more than just a theatre.

Dawn holds her position close to her heart and feels privileged to sit on the Management Committee.  “I cannot wait to see what the future holds for the place; I truly believe the Princess is a grand old building at the heart of our community.”

Sign up for email updates about events, news and offers